Looking west across what's left of the winter garden near the end of January. The first view near sunset, the second in the morning. The house is on the raised area to the right. 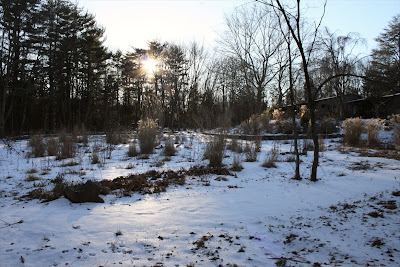 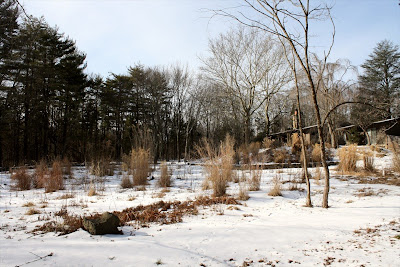 Changing light is one of the delights of winter. Sunset light certainly adds a lot of drama to the scene, a depth and complexity like aged wine. I can almost hear the crackling fire and the murmuring voices of imaginary storytellers as dark comes on.

It looks ragged, doesn't it? I think I need to cut it all down before I let time get away from me. I'll probably burn some too, and certainly want to do that while the ground is still frozen. Don't want to harm any emergent seedlings.

I broadcast 1.5 ounces of Lobelia siphilitica (Great Blue Lobelia) seed last weekend. I know from past experience few of those seeds - several hundred thousand I would guess - will result in viable plants in my conditions. I won't see those plants until the summer of 2010 but, added to the colonies already in place, I'll have substantial groundcover in a couple of years. The photos below show some of the lobelia seeded three years ago. (This plant volunteered after we cut down the cedars to make the garden; it appears to be native to this area.) 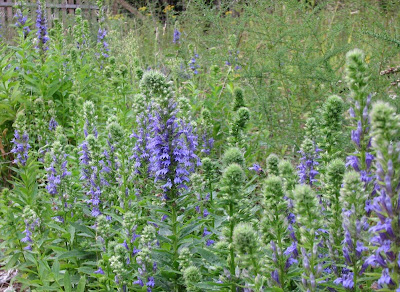 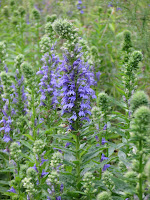