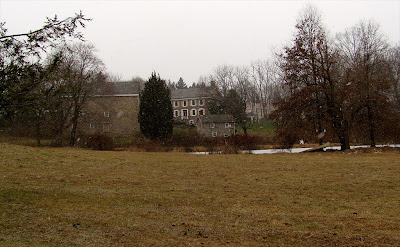 This place where we live lies at an intersection of many threads of culture, landscape, geology, climate, history, and geography. Passing through the hamlet of Headquarters last weekend, just as the big snow of the season was arriving, I stopped by Headquarters Farm, a rather imposing edifice in this modest place. 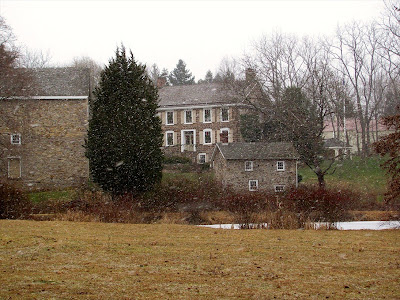 To my knowledge, this was never a grand residence, rather a home built by a well-to-do local farmer and entrepeneur. Its construction followed the building of a grist mill, the large stone building on the left in the photo above. The mill was built about 1730, and the house in 1757 by John Opdycke, a well-to-do merchant and farmer. It may be that John never lived in the house. Instead, it may have been occupied by the person he hired to run the mill, and half the house on the left may have been used as a store. 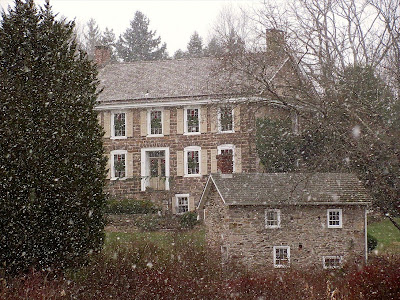 The origin of the name 'Headquarters' for both the house and the hamlet in which it is located comes from an apocryphal story of George Washington using the house as a headquarters during the Revolutionary War. Washington, indeed was in this area during the Revolution, and used a house in nearby Lambertville as his headquarters for a brief time (he was on the run), but never this house.

Opdycke, like many Dutch families in this area, probably owned slaves, who helped run the mill and support the local economy. We don't usually think of slavery as part of the heritage of this part of the US, but it definitely was. Not on the scale later found in the South, but it certainly existed.

So what does this picturesque scene in the New Jersey winter of 2009 tell us about our landscape, and our sense of place? How does our knowledge of the existence of slavery here affect our perception of the landscape and its man-made features? Does it recall the earlier devastation of the culture and the lives of the native Americans, the Lenni Lenape, who formerly called these fields, these hills, forests, and streams their home? How does past shape our understanding of the present, alter our understanding of the the place in which we live? How does it affect our choices in the garden?

(I'm indebted to Marphy Goodspeed's article in the Delaware Township Post for some of the facts in this post.)
Posted by James Golden at 8:08 AM 13 comments

Susan Cohen at Miss Rumphius' Rules has tagged me with an Honest scrap award. I've procrastinated for over a week now.

These are the rules. You have to first list 10 honest things about yourself (and make them interesting). Second, present the award to seven other bloggers. I've been dreading this moment. In the interest of collegiality among garden bloggers and--just to see what I'll say since I don't know myself--I'll give it a try. Here goes ... 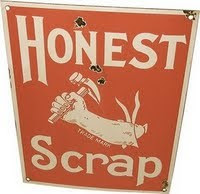 Ten Pieces of Honest Scrap about Me
Now, I pass on the challenge (burden?) to seven other garden bloggers, with no obligation to do this. I think some of them have been tagged before and they may be over it. Forgive me, but you can pretend this didn't happen. The chosen ones:

Les at A Tidewater Gardener

Benjamin at The Deep Middle

Susan at The Bike Garden

If you want to play, just list ten things about yourself, then tag seven other bloggers.
Posted by James Golden at 7:26 AM 17 comments 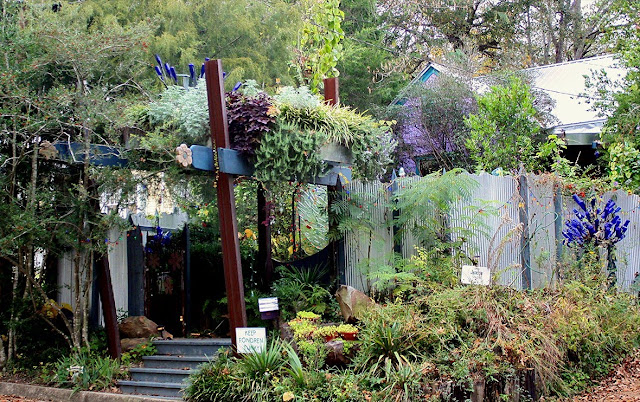 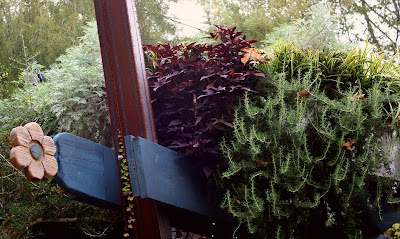 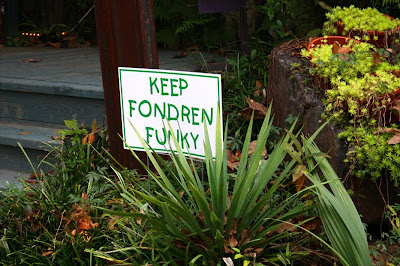 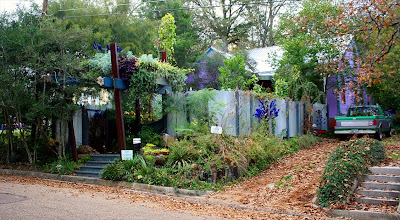 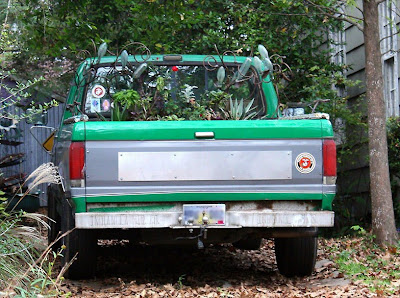 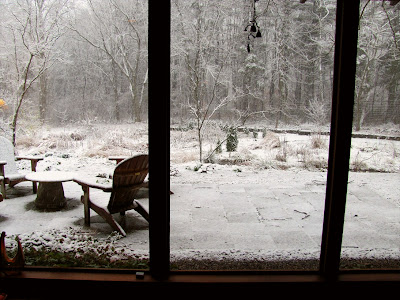 First snow this year arrived yesterday, December 5. A heavy, wet snow flattened my perennial prairie. Some of the grasses will rise again, once the ice melts, but I think I like the openness of a flat garden. Time for a change. 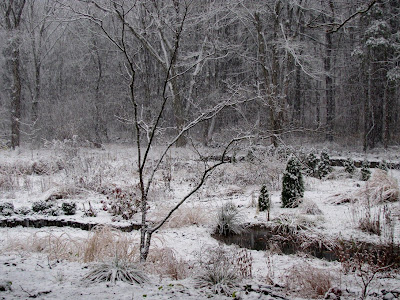 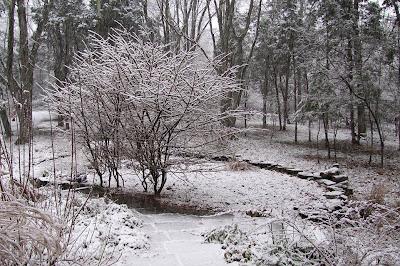 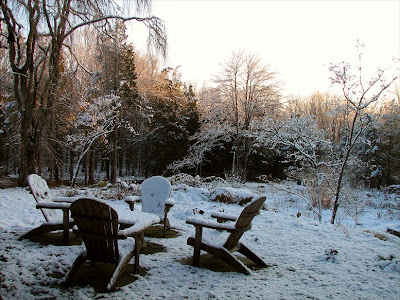 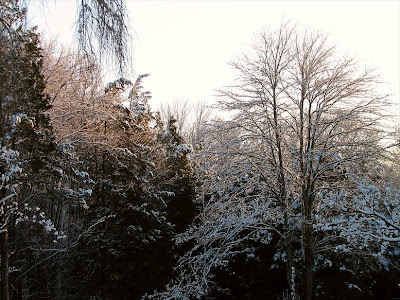 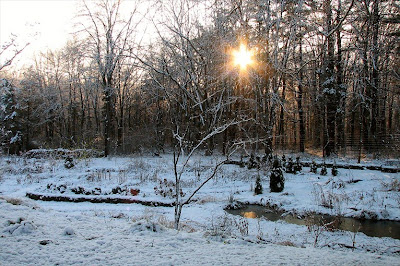 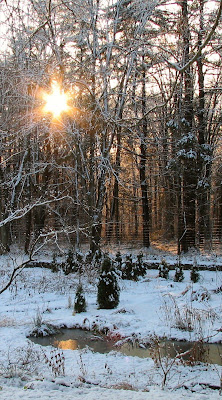 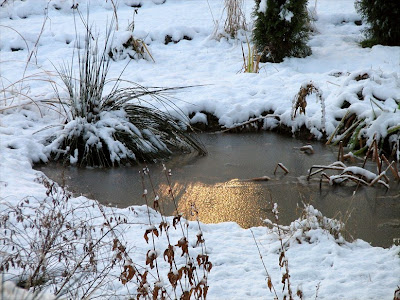 And now I can see the new stone wall at the end of the garden. 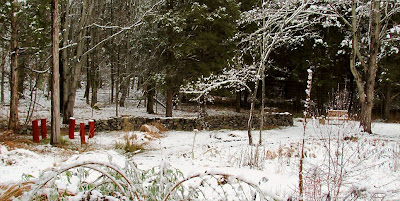 (These photos are very wide. Click to see the full panoramic view.)
The Mississippi Delta, so the saying goes, begins in the lobby of the Peabody Hotel in Memphis and ends on Catfish Row in Vicksburg, a distance of some 200 miles. It is really an alluvial plain, not a delta, and was flooded every year for thousands of years - until the U.S. Army Corps of Engineers built levees to keep the river in its channel and stop the flooding. The flooding, of course, made Delta soil among the richest in the world. In the days of plantations - and slavery - it was a source of great wealth for the few who owned the land. Today pockets of great wealth remain. The legacy of slavery also remains, and the Delta is among the poorest regions in the United States.

The cotton field above, though small for the Delta, is a typical landscape. The masses of color and texture, the patterns caused by mechanized farming and harvesting, create images of considerable visual interest, evocative images rich with possibility.

Apart from its history, the Delta landscape is extraordinarily beautiful, a vast flatness continuing for mile after mile. Because the land is so flat, the sky and the quality of light is an essential part of the landscape. 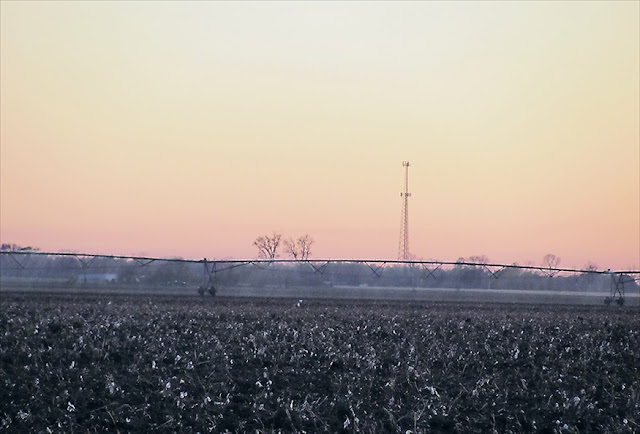 Here, a monster irrigation system moves across an already harvested cotton field with a sky tinted by the gathering colors of sunset.

This is a levee, gravel road on top, with a distant view of the Mississippi through the trees. The levee is very high, far above the level of the river, at least at this time of the year. 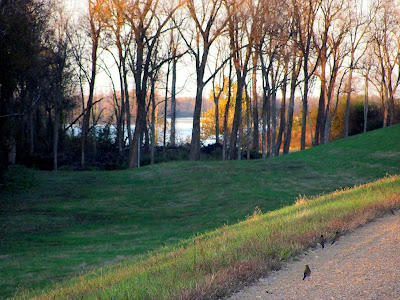 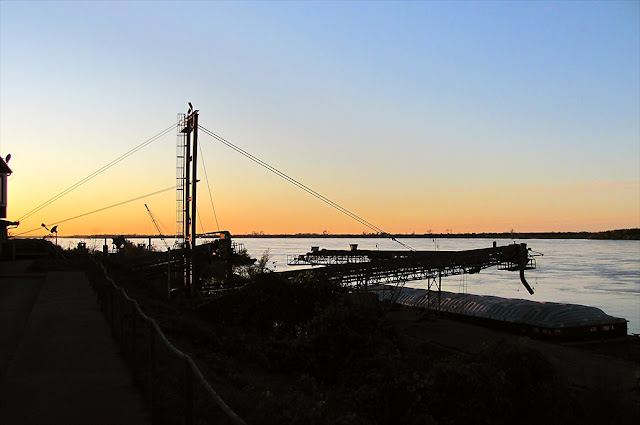 Getting to the river's edge wasn't easy. Here we found a road over the levee to a cement loading plant, one emblem of the commerce the Mississippi supports. 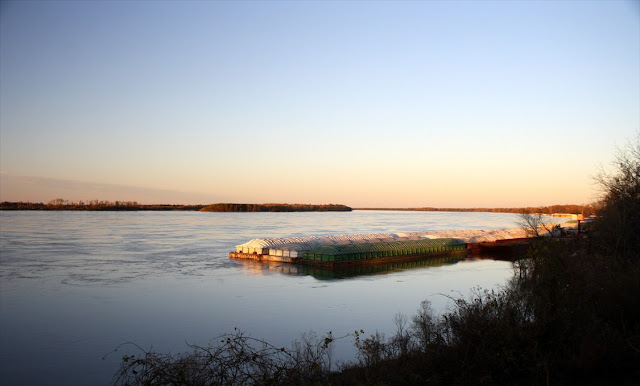 Close-ups of the opposite side, above and below.

Later, having left the river, we stopped on the side of a road to watch the sunset before heading into Clarksdale for dinner and a blues club. As has been said before, the camera always lies. I can't account for the varied visual effects of the sunset shown below. Phil was using a new point and shoot Canon; I was using a Canon Rebel. 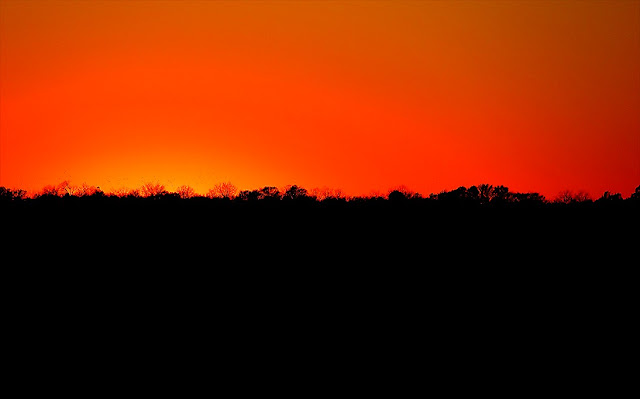 Looking in the opposite direction, to the east, a hedgerow silhouetted against a background of changing pastels. 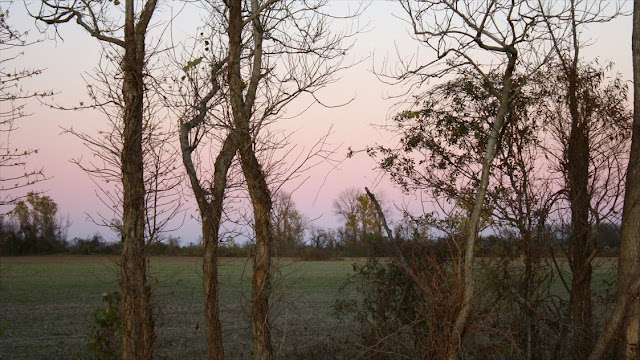 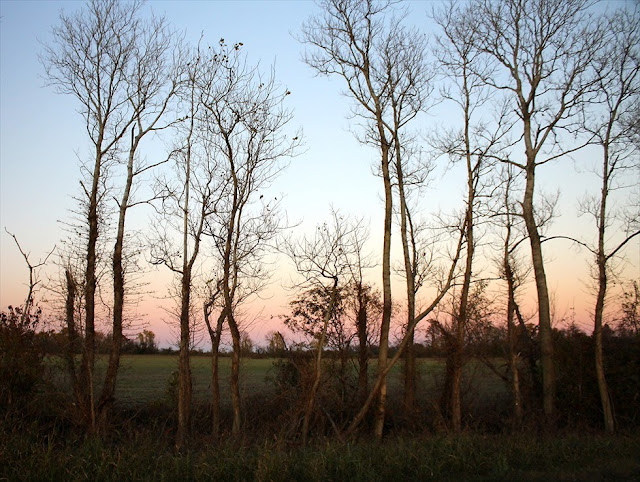 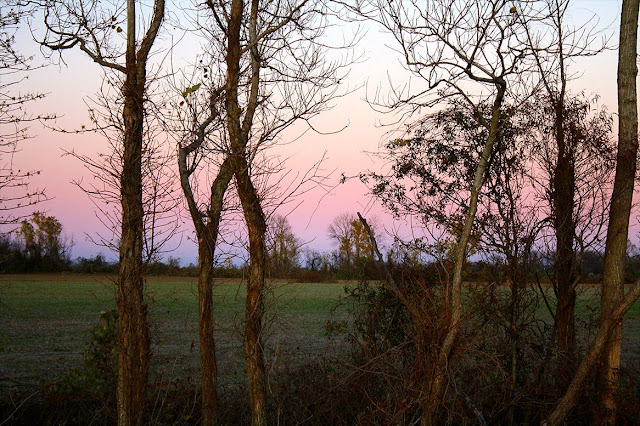 The Delta is a landscape where sense of place is palpable and complex - horrendous environmental damage caused by the Corps of Engineer's attempts to control an uncontrollable river, the horrors of slavery and a culture that built its wealth on that horror, the fantasy of the "Gone with the Wind" South, birth of the Blues, Tennessee Williams' Cat on a Hot Tin Roof - in an ancient land that still yields some of its primaeval past. Reading the landscape here is like archaeology, uncovering layer upon layer of history, geology, topography, ethics, art, and culture.

(Phillip Saperia contributed about half the photos in this post.)
Posted by James Golden at 7:10 PM 9 comments