Ready for fire, but ice instead

Just reread Tom Stuart-Smith's The Barn Garden about his own garden in Hertfordshire--an intriguing book, a beautiful book, with several surprises. I mention it because Tom, in passing, tells of the damage done to perennials and grasses by voles one mild winter, damage that prompted him to start cutting back many plants much earlier than usual. That struck a resonant cord. Last spring I found the roots of many plants in the garden had been eaten, leaving plants dead or severely damaged. I really regret the loss of a large Baptisia australis that had several years of growth, and I even noticed serious damage to several grasses.

We're now having a second mild winter so I want to start cutting and burning early. Unfortunately, we've had icy rain and continuing wet. So instead of clearing the garden, I took a few photos of the ice cover yesterday morning. Growth is thin following last fall's hurricane, but it's astonishing what visual delights remain if you have a weather surprise.


And speaking of the reflecting pool, I find being away for a week has helped me put the many conflicting comments I've solicited in perspective. In my loose, serendipitous garden, so reliant on chance as much as planning, the structural detailing and geometry of the pool area simply do not matter that much in the larger scheme of things (not saying they don't matter at all). I still want to "get it right" (whatever form that takes), but the garden is about much more than this little piece. And I have other fish to fry. 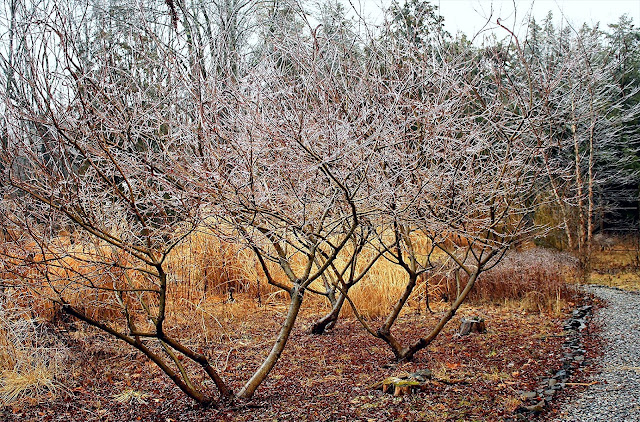 This willow has a striking characteristic. When pruned, some stems develop a flattened, fasciated form much desirable among flower arrangers, very beautiful detailing. Here are two close-up views taken last week on my mobile phone. 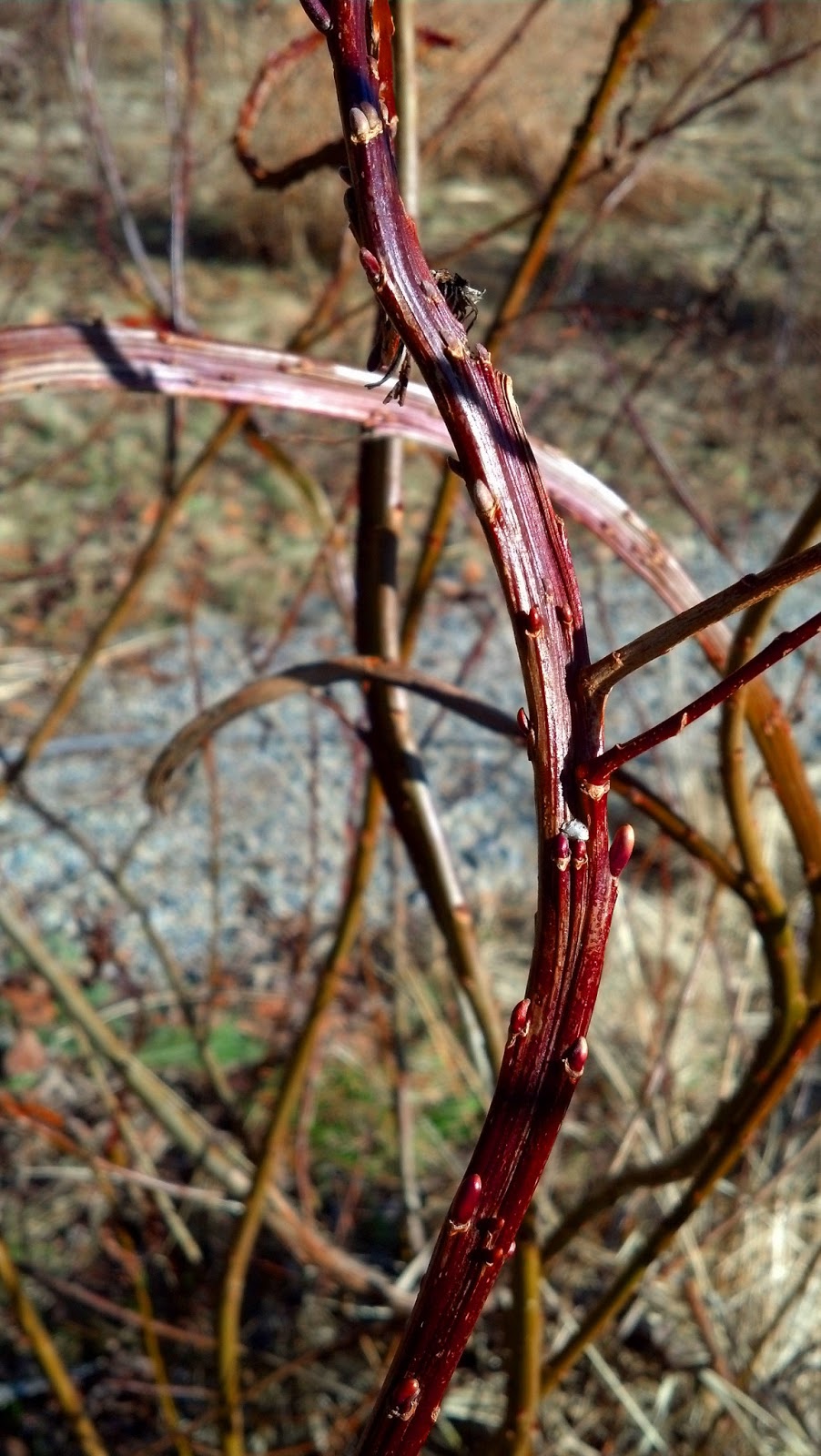 Here again is the River birch, which is just beginning to develop the white, peeling bark so distinctive of this cultivar--another ornament of winter.


I still hope for dry weather by Sunday, so I can begin to cut and burn.