Attribute it to zeitgeist I suppose.

A few days back I was browsing my collected photos of Chanticleer, the extraordinary garden just outside Philadelphia, searching for images for a writing assignment. As I looked at some of the garden's highly stylized plantings, I suddenly realized that I was seeing something closely akin to Victorian ornamental plantings. Strange, because I'd visited Chanticleer for several years and never before thought of anything there as Victorian.

I certainly don't intend to say the Chanticleer gardeners are trying to recreate those garish, geometric plantings that--except within certain circles--have been very out of fashion for a century. No, in this case the plantings are highly innovative, creative uses of new materials in unusual ways.

Take the Ruin garden, for example. In the main room of the Ruin (above), at the end of the sarcophagus-like dining table, which is also a fountain and a mirror, is a vegetative mantle piece, shown much more clearly ... 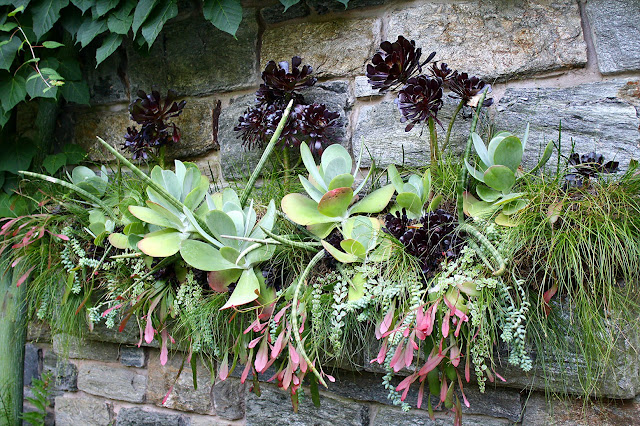 ... in this image. What fun! And what a magnificent creation. I took this photo in the summer of 2010. Now look at the same planting ... 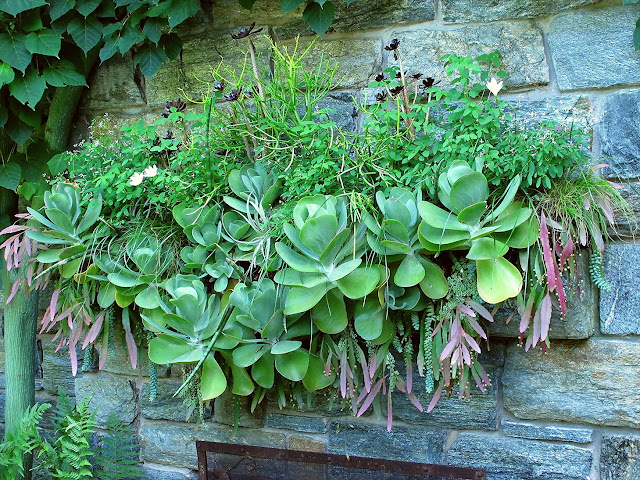 ... in the summer of 2011. Clearly the same base, but with a few deletions and additions.

Okay, just for the heck of it--though I'm not sure what this does for my neo-Victorian thesis--here's the 2012 version from last April. Very different, so I'm wondering if the earlier designs were returned for warmer weather. I plan to go next week so I'll find out then. 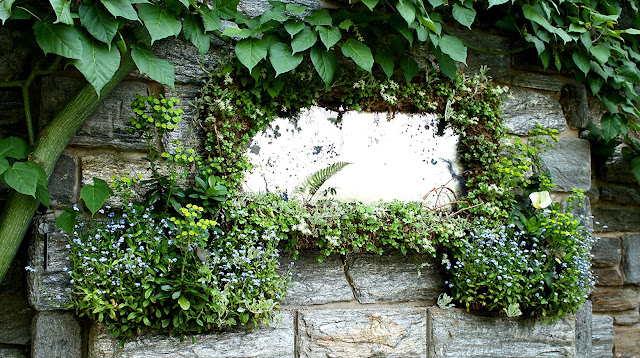 You're probably not convinced yet. So take a look at some other plantings at Chanticleer. 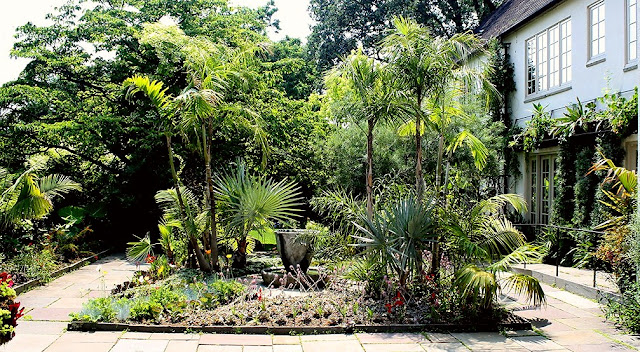 Here in the Tea Cup Garden palms are mixed with geometrically bedded out succulents in what has to be called a neo-Victorian style. 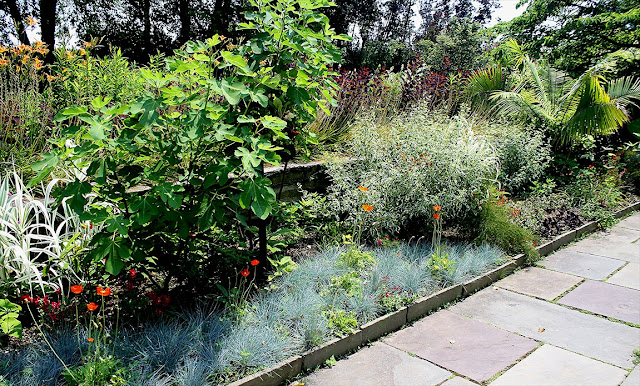 And look at this bedding scheme ... convinced yet? This is a far cry from boring Victorian plantings, but the striking blue of the fescue, the orange poppies, the unexpected fig tree all conspire to create an immediately accessible visual excitement that recalls something of the "show-off" quality of Victorian bedding schemes. Here the designer is pushing the boundaries of taste and achieving not the garish, tired look we've come to associate with Victorian gardens, but something entirely new, true artistry ...

... so too the artistry of this amazing container planting of (I believe) a purple leaved brassica, variegated sage, ranunculus, and sticks. 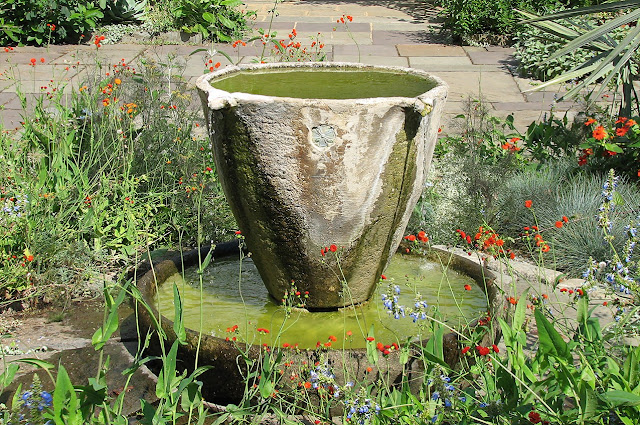 The fountain in the Tea Cup garden again (in yet another year). The orange motif is a recurrent visual theme. 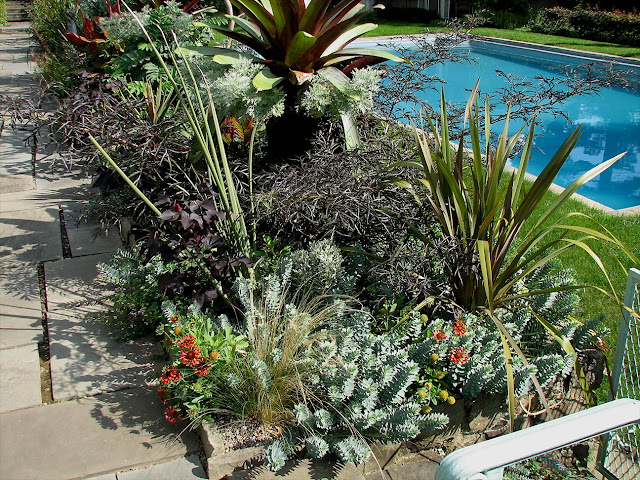 One thing these Chanticleer plantings are not is staid. This is a garden full of joy, delight, a garden with a sense of humor. The gardeners of Chanticleer are playing with an old tradition, making it fun and giving it new life.

In you're interested in exploring the neo-Victorian phenomena, a good place to start is Wikipedia, or one of the Steampunk sites.

(Chanticleer offers much that has nothing to do with the neo-Victorian. More on other aspects of this major American garden in another post.)