For a recent visit to the finished High Line (Part 1), click here. 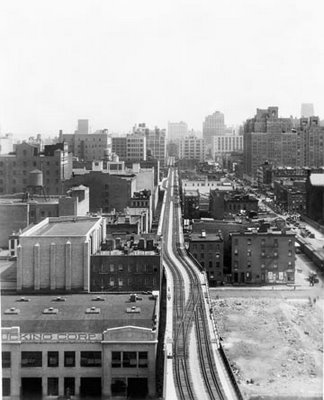 Since this post in 2006, the first part of the High Line has been completed with
great success. I visited last night (Aug. 24, 2009) and encountered crowds of visitors.
To find several additional posts on the High Line as it was being constructed and planted,
type "High Line" in the search box at the top of this blog.
The High Line, an abandoned elevated rail line on the West Side of Manhattan, is being converted into a linear park and trail. For the first time in New York City, this innovative park will introduce Piet Oudolf's work on a large scale. While his plantings for the Memorial Gardens in Battery Park are a successful and attractive feature of Manhattan's southern tip, the High Line is a much more ambitious and challenging project that promises to attract widespread attention.

The High Line linear park concept was inspired by the natural growth of vegetation on the elevated line after it was abandoned in the late 1970s. As urban wilderness overflowed the elevated concrete, steel and riveted structure, it developed quite a following among urban naturalists and seekers after the unusual and novel. It was just this wildness, the sense of wilderness within one of the largest cities on earth, that captured the imaginations of so many. 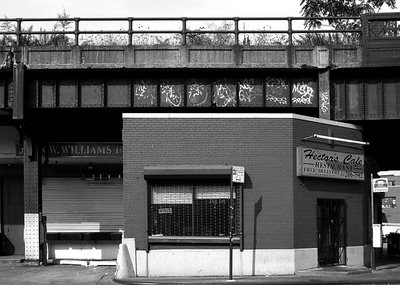 A group named the Friends of the High Line, the City of New York, and numerous supporters have finally succeeded in creating a vision, and finding funding, for the new linear park, which will run from the area of Penn Station south through Chelsea, into the old meatpacking district at 14th Street, a former derelict area that has become quite trendy. 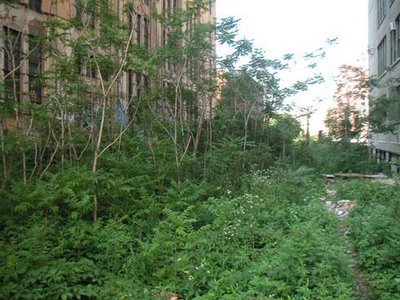 The diverse, opportunistic flora that insinuates itself in the abandoned interstices of cities is an emblem of the power of plant life to recover (literally, re-cover), reclaim, and restore waste areas - as well as a symbol suggesting a lost, abandoned world of the future. The High Line website takes an upbeat and practical view of the project: "Preliminary designs focus special attention on integrating planting areas with planked public walkways, creating a diverse series of interactions between the High Line, its users, and the spontaneous landscapes that come to inhabit man-made structures over the course of time."

The design team selected for the project is Field Operations and Diller Scofidio + Renfro, with Piet Oudolf as the planting designer. Design is now under way and necessary demolition work has already begun. Piet Oudolf presented examples of his recent design work, as well as preliminary concepts for High Line planting design, last April at a theatre in Chelsea. If you know Oudolf’s work, you will find this to be a trove of this master plantsman’s sensuous photography and cutting edge garden designs. Go to the Piet Oudolf and the High Line link below to see the five part presentation. You will need Adobe Reader, which you can download from the site if you don’t already have it. For more on the history of the High Line and selection of the design team, see the New York Architecture Images link. 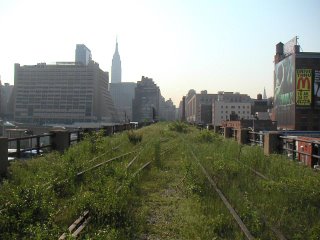 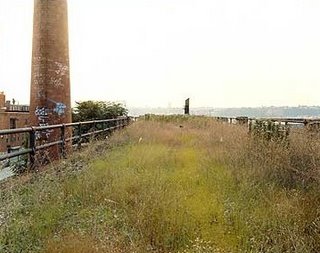 Piet Oudolf and the Highline