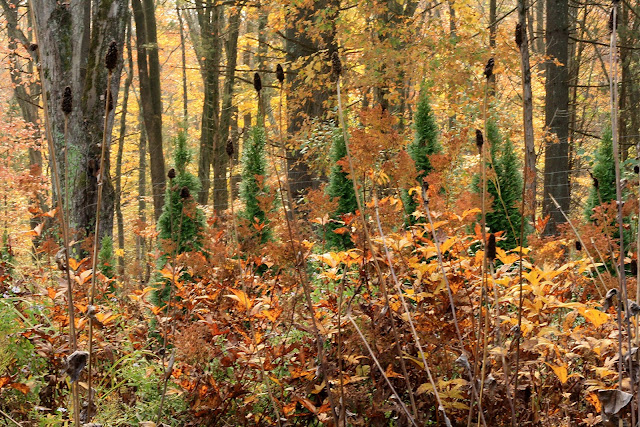 Surprised, I was, a few weeks back to get an email from Noel Kingsbury saying he would be in the Philadelphia area for several days, and would like to drop by. 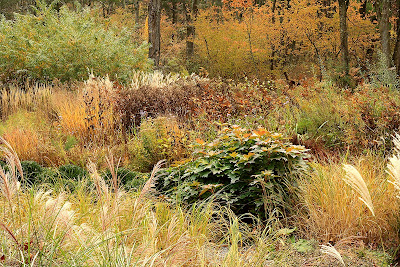 When we moved to Federal Twist in 2005 and I recognized I'd be gardening in a very difficult place, my hope for the future came from two books by Noel Kingsbury--The New Perennial Garden and Planting Design: Gardens in Time and Space (written with Piet Oudolf). In the first, I learned about naturalistic gardening, in particular about planting into rough grass. In the second, about the three kinds of plants--competitors, stress tolerators, and pioneers or ruderals (more accurately, three primary growth characteristics shared, to various degrees, by different plants) and about prairies--the enormous numbers of plants in a square yard of natural prairie, for example, compared to the much smaller number of plants in a square yard of cultivated garden. My selection of plants was, of course, also affected by his popularization of the Oudolf plant selections.


Kingsbury is a scientist, and an extraordinary writer, so rather than oversimplify, I refer you to his books for more details. Needless to say, they were of enourmous value to me making a garden in the woods of western New Jersey. 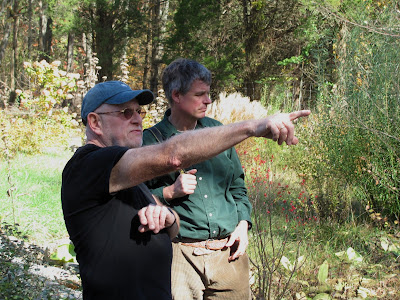 So I was certainly gratified to have Noel Kingsbury visit last weekend. We had a walk around the garden, then lunch, then a second garden walk. In between, Noel got out his computer and showed me images of the amazing plant communities in Kyrgyzstan, where he visited this past summer.


Just before Noel's visit to Federal Twist, I attended the 29th annual Perennial Plant Conference at Swarthmore, where he was the first presenter of the day. I had read and referenced his books so many times I had little to learn, but I hope others "got" his message--that we need to pay attention to how plants grow in nature to have more successful gardens, that we, in effect, can create artificial ecosystems that make our gardens more self-sufficient and, though not labor-free, certainly lower maintenance. (By the way, the Swarthmore conference is a tremendous conference, and the Swarthmore campus, also known as the Scott Arboretum, is extraordinarily beautiful. I give it the highest recommendation.)


I also met a neighbor from nearby Frenchtown at the conference. Well, I didn't know we were neighbors, until I heard a woman behind me mention Frenchtown, and on asking discovered she was Helen Grundman, also a garden designer. Helen and her husband Bill, a forester and organic plant care expert, dropped by for a garden tour mid-afternoon.

The conference was full of surprises. During a break, while I was looking at a dried plant arrangement on the stage, a guy approached me saying, "James?" It was Michael Gordon, a cyber friend who I've been in touch with for several years via the blogosphere but had never met. Michael, from Peterborough, New Hampshire, has a blog called The Gardener's Eye. An optometrist by profession, Michael is also an accomplished garden designer; he designed all the public gardens in Peterborough, as well as his own very polished garden. Michael was traveling with his friend and well known garden writer Tovah Martin, and with garden designer Maude Odgers, also from Peterborough. So several hours after Noel left, Michael, Tovah, and Maude arrived to see the garden in a beautiful just-before-twilight light. It was almost dark when we got back into the house and had coffee, drinks, and cookies, and a warm, pleasant conversation before they left for the long drive back to Connecticut and New Hampshire.

So my unusual day of garden visiting leads me to two conclusions:  (1) I think I should attend more good garden conferences (and meet more people of a like disposition) and (2) I should have more garden visitors, preferably from midsummer to fall, just before sunset.

Is the Garden Conservancy listening?

*Photos of Kingsbury and me were taken by Phillip Saperia. Unfortunately we forgot to take pictures of our other delightful visitors.
Posted by James Golden at 10:38 PM