Not Nature, an Entertainment

The Federal Twist garden is a man-made glade in the woods - we cut down many trees to make it - hemmed in on all sides by tall trees. It looks appropriate to the place, as a glade looks appropriate in a forest. With much rain and sun this season, the plants have grown rapidly. Now that we've passed the first day of summer, the eye can wander across mutable, seemingly endless patterns, an artificial landscape of daily changing topography as mounding plants mound higher and the tall, spiky ones grow into towers. This is pleasurable, an entertainment.

Though I call the garden naturalistic in style, it is not nature. It's an entirely artificial creation, a metaphor (or metaphors). Hard to see that, I admit, because the materials that make up this artifice are living plants.

It's a quiet theater of a sort. Looking out from the raised position of the house, the garden plants are on display, light pouring in from the sky above, plants much like actors playing their garden roles, rising and falling, living and dying, catching words of light and throwing them into your eyes, words like tones, like music, more than language.

The garden exists by visual differentiation from the surrounding woods, and that difference arises from several causes, some so obvious they hardly bear mention ...

... open space, plants unlike those in the forest, intentional juxtaposition of contrasting shapes and structures, sweeps of massed plants forming fields of texture, washes of color, creating a new topography of continual change, and plants growing in clumps and individually, creating patterns, a contrived order that doesn't exist in the forest. 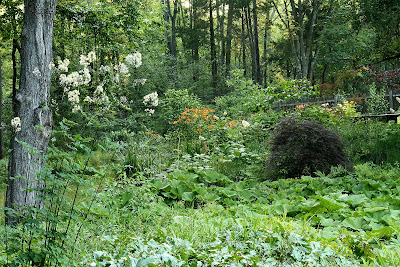 I walk about the house, catching a glimpse here, there. I'm grateful to be able to live in this place for a while (nothing's forever I know). The Filipendula ulmaria, in a 30 foot clump near the pond, have been white-topped for three weeks now. When backlit by morning sun, the Filipendula rubra, an even larger mass, become translucent like some miraculous wrought jewelery, turning feathery pink at top, above a setting of angular, upward pointed leaves resembling chartreuse shards of glass.

It's been frustrating to find a way to photograph the fine detail, textures, color variations that make the garden. I can see it, but it's impossible to photograph. Thursday, as sunset faded into twilight, I used a tripod and small aperture lens setting on a quick walk around. The increased depth of field and longer exposure better captures the real view, though any photographer will tell you it's never the same. 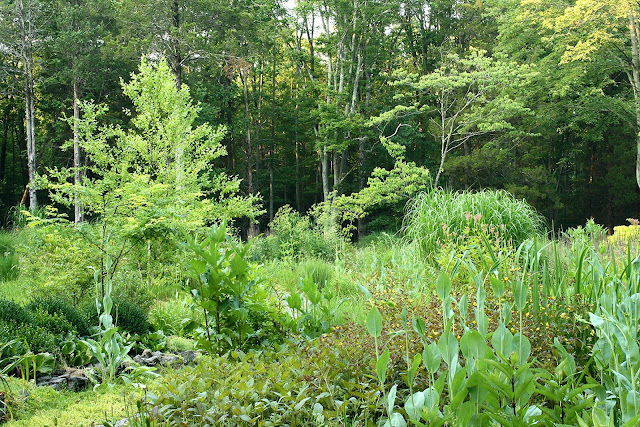 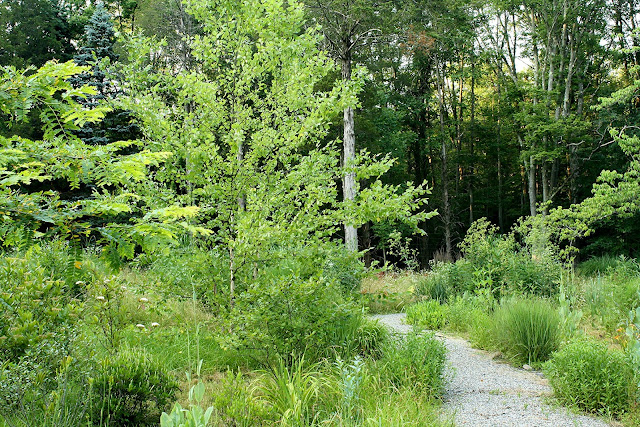 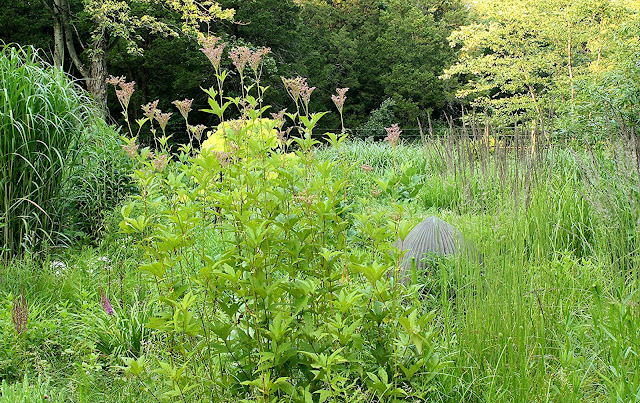 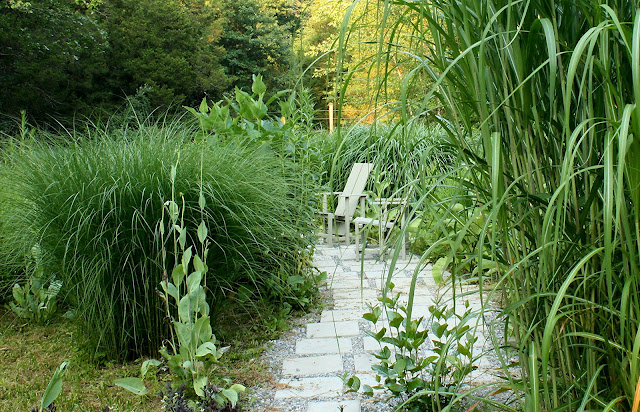 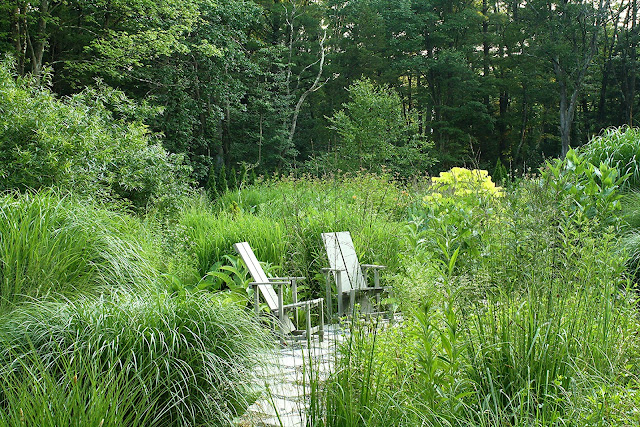 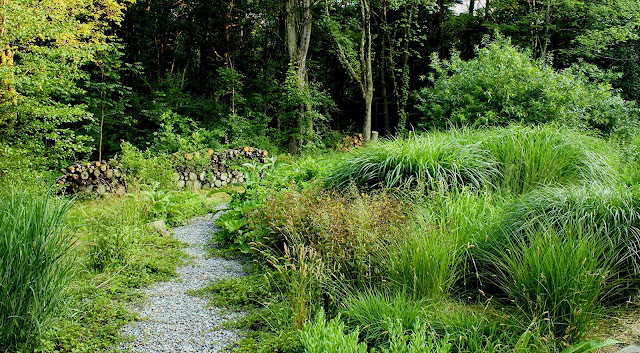