I just can't seem to get to the garden at the right time, so here it is in mid-day golden sunlight, which washes out all detail and most color differentiation. But you can see the flow. 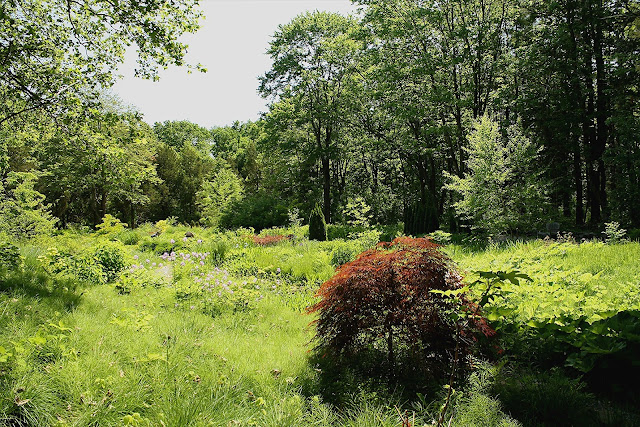 The red Japanese cutleaf maple in the corner above forms a sequence with a large community of Lysimachia ciliata 'Firecracker' midway out, then another large swath of lysimachia on the far side (not visible here). It's occurred to me I can use the rhythm created by these red dots of color as "gravitational cores" around which I can develop extensive plantings of water irises (Sibirica, Virginica, Versicolor, Ensata) for more color early in the season. 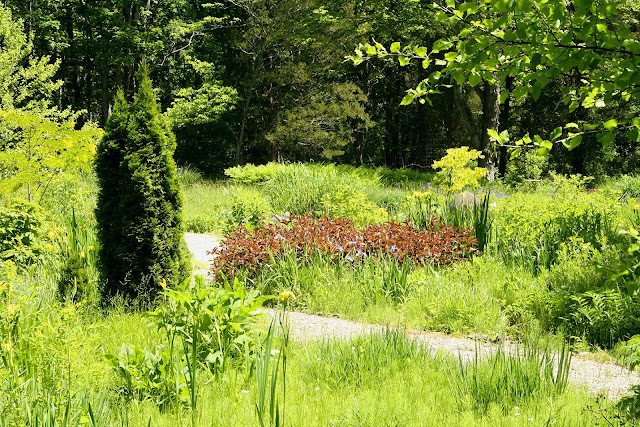 They'll draw the eye to the less easily seen detail. I already have quite a few irises; you can just make out some in photos above and below. A broader distribution in small groupings and individually, with the lysimachia masses to draw attention to them, would be a pleasing addition at this time of year. Siberian irises will work particularly well because their saturated colors have much better definition against the complexity of plant forms, as you can see below. (These four plants have grown quite large and divided into thirds would easily make a dozen ... a good start on iris expansion.) 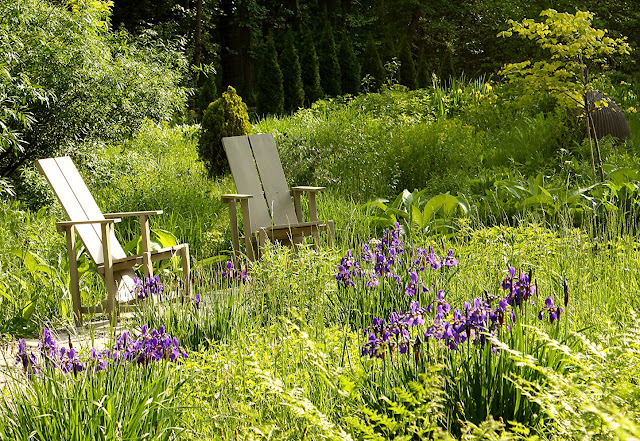 In contrast, the Iris virginica below looks washed out (the color is pretty to the eye, but disappears when photographed). 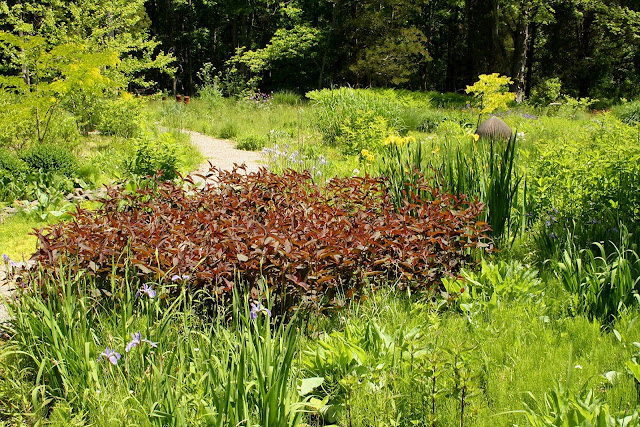 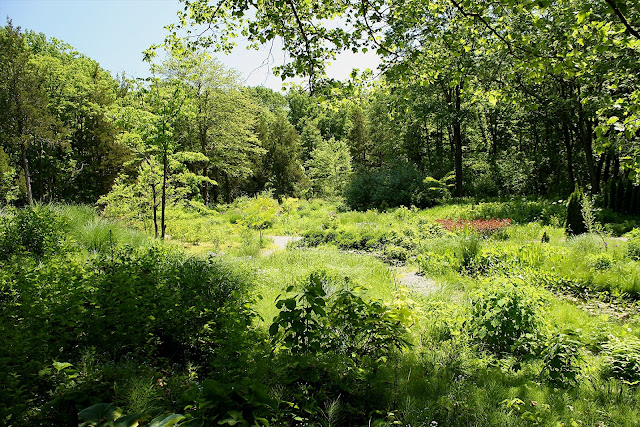 The lysimachia communities also serve as reference points, enabling a viewer to better judge relative distance and scale, particularly now when the garden is harder to read, with low, relatively uniform plant height. 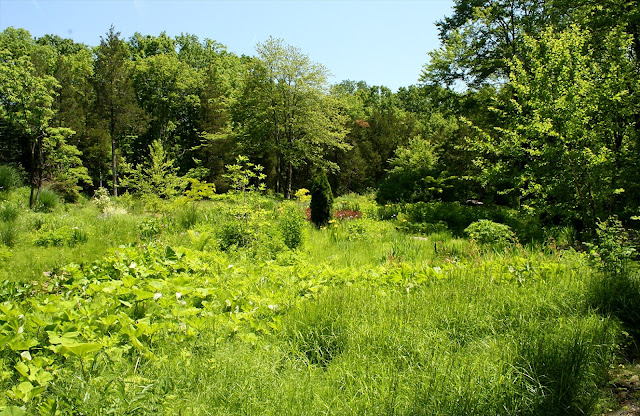 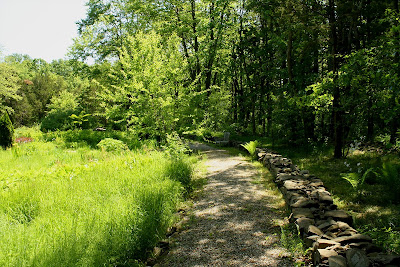 Textures and forms can be easily differentiated only up close ... here, Carex muskingumensis with highly reflective leaves of Darmera peltata, and the flatter, matt surface of Petasites visible in the background. 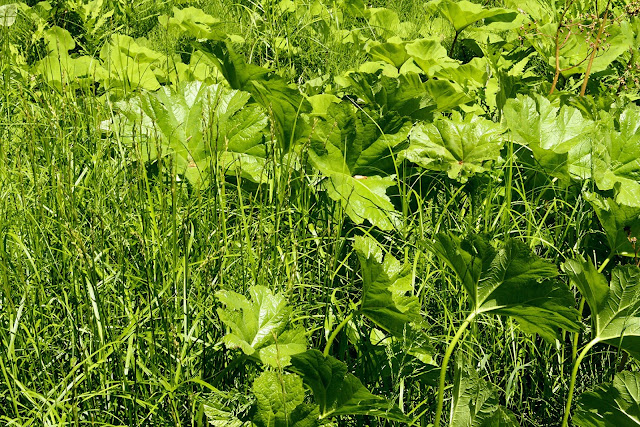 You can just make out the third lysimachia community beyond the chairs. 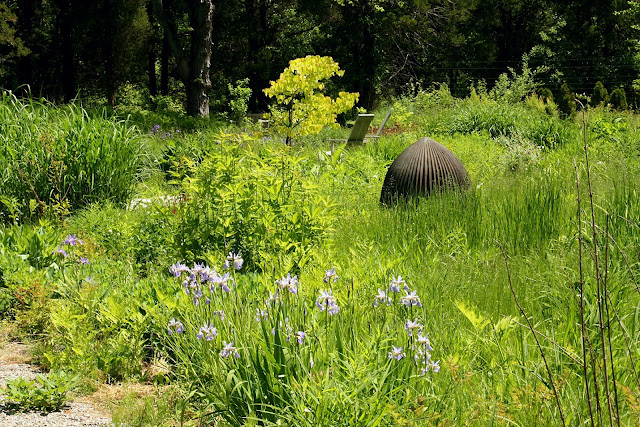 A sunset shot, when the light is much better, taken with my phone camera. Sometimes fuzzy is good, even looking directly into the sun. 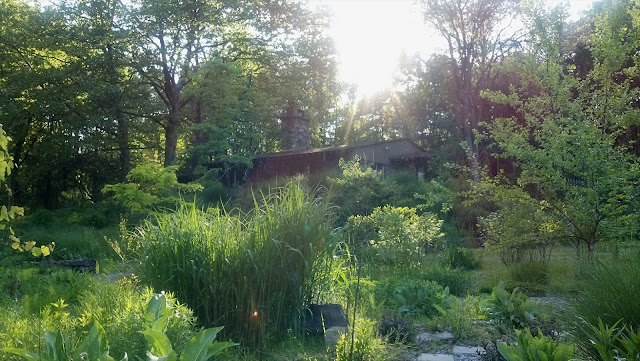