Michael of The Gardener's Eye suggested I take a look at Luciano Giubbilei's use of limbed up Parrotia perscica in his 2011 Chelsea Flower Show garden, which won a Gold award. These twisting trunks (the image is from Giubbilei's web site) read like a masterful calligraphy, and lend a sense of repose, like motion caught out of time. Giubbilei talks about the garden in this BBC interview. 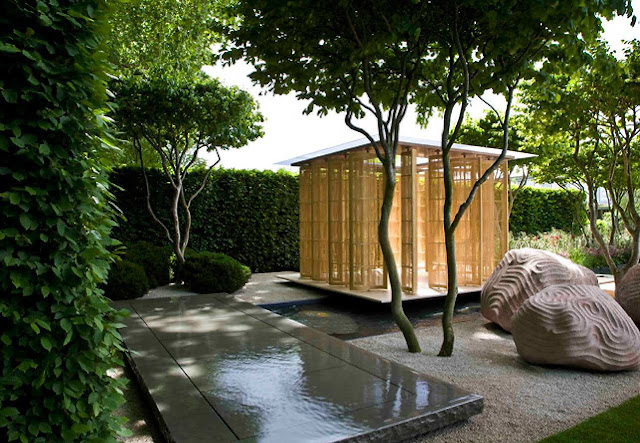 I really love these, but I can't wait 40 years at my age, and I certainly can't afford such carefully grown, old trees for my Brooklyn garden.

It's a small native tree, and its white bark would look good with a high trimmed canopy. Here it is in winter. 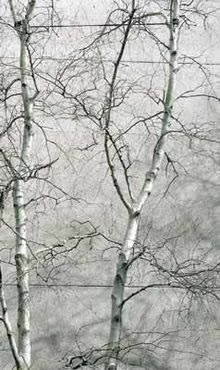 As used on the High Line, it's very effective in creating secluded spaces and a naturalistic feeling in an otherwise very exposed and open environment. 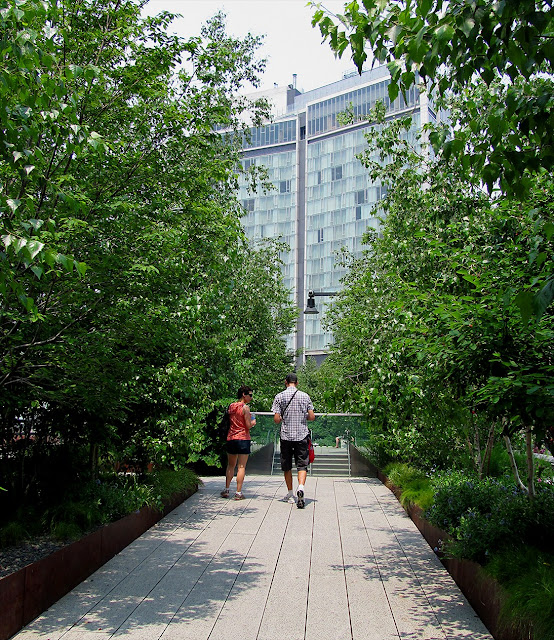 It's trunk is attractive and the white color would provide a dramatic contrast in a shady garden (and mine will become more shady year by year). 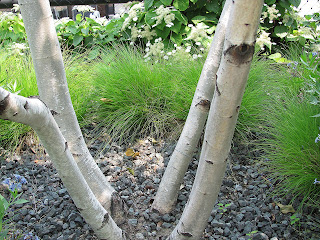 Even if I trim the trunks high, the clumping form of the birch may take far too much space. And the birches can't match the locusts for stunning color.

Ultimately it's a matter of personal choice, and some chance, I suppose.
Posted by James Golden at 9:58 AM