Saint-Gaudens is certainly among America's greatest sculptors. His house and studio, called Aspet, in Cornish, New Hampshire, is a National Historic Site now operated by the National Park Service. The formal garden he created on the private side of his house, though not well maintained, as one would expect at a historic site operated by the NPS, is a rather famous example of a unique solution to the problem of creating perspective where no vanishing point exists. 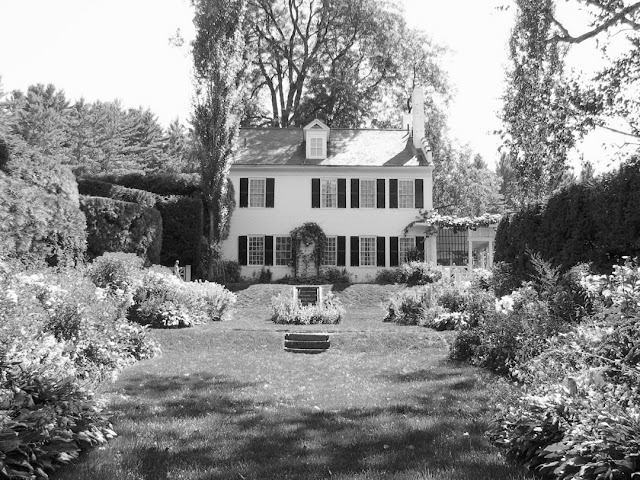 Two sets of stairs create a central axis in this simple garden, directing the eye to what was then the blank side of the house. Saint-Gaudens' solution was to create a pergola feature that imitates a door into the house, at least from a distance. Up close it's a simple arch with lattice behind and a sculpture of Dionysus. 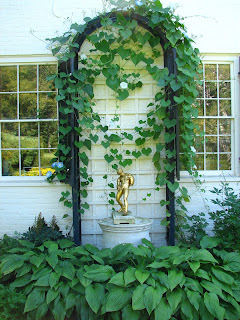 I think I'll use the same concept, but instead of the small pergola, I'd construct a shallow shadow box affair, probably painted the same slate color as the garden wall behind, about five or six feet high, and fronted by trellis mounted several inches out from the box, to create a sense of depth, and painted a dark green. It would be positioned approximately where I'm standing in the photo below. 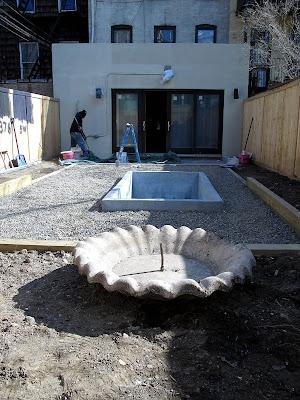 Vines will grow on the trellis (not sure what yet) and  some central feature will attract the eye to a single focal point. I have an old ceramic mask of Bacchus glazed in white, bought on our first visit to Florence over 25 years ago. I might use that, though it may be overly "mannered" for my garden. 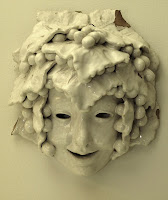 I'll have to wait and see how it all comes together. A stone architectural artifact may work better.

Though I don't have Saint-Gaudens' embankments to give a sense of rising height, I may also add landscape timbers to create a terraced effect, as shown in this sketch Peter Holt was kind enough to send me. 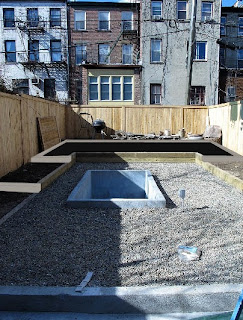 Below it all will be the leaky "lotus" pool (perhaps) used as a planter, at ground level.

If I could draw, I'd put a drawing here.