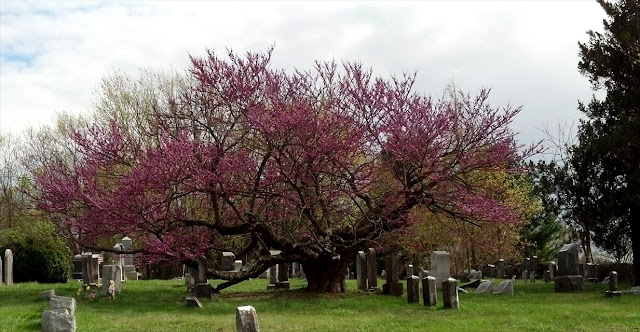 This redbud (Cercis canadensis) in the Rosemont Burial Ground is certainly one of the oldest I've ever seen. I'm not actually sure it's a tree of outstanding age. I've been told the Cercis can take on an ancient look in only a few decades. Here is another view. 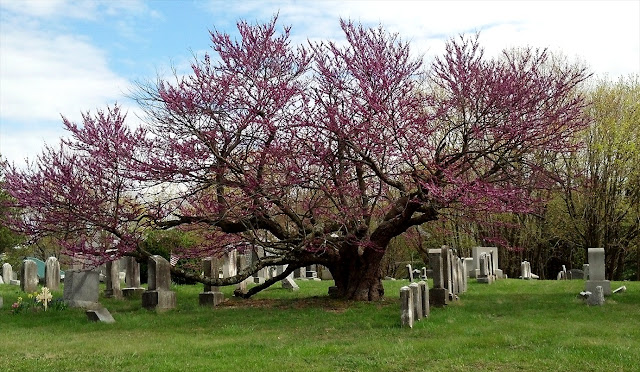 The Rosemont Burial Ground dates back to the eighteenth century, though exactly how old it is is a mystery too. The words on the oldest slate stones have been entirely erased. 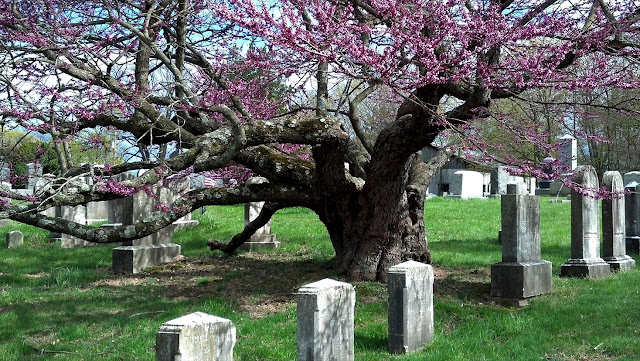 The trunk, I've noted before, is about three feet in diameter. The largest limbs present an image of sinuous power that suggests in form and motion the coils of the sea serpents in the Laocoon. I may be stretching this analogy a bit, but more than once an old, twisted Cercis has brought this sculpture to my mind. (Which may say more about my own subconscious than anything else.) 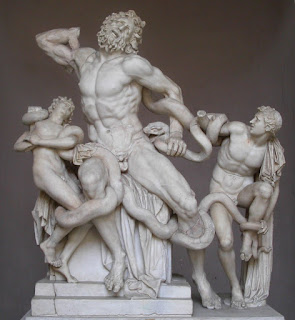 Though the emotions evoked by the two images are very different (the tree is not a figure of tragic suffering, but of survival, of the ability to endure), both share in a sense of awe.

The image below, with the uplifted branches against the sky, is an entirely different matter. 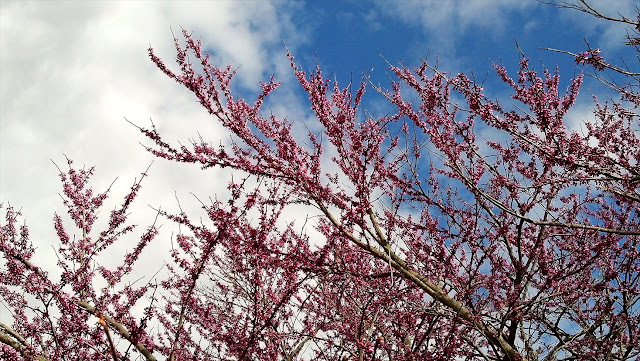 The tree still flowers profusely and, had I been able to visit it last Monday when the temperature rose into the upper 80s, I'm sure it would have been abuzz with thousands of bees as in years past. 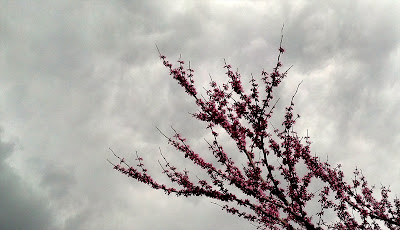