The garden is naked

A week after burning and cutting, the garden is naked, the dance has begun. The curvature of the stone walls and the paths of gravel and concrete make a metaphor of motion -- swirls and circles, curves in unexpected places, points of rest and turnings, almost all visible from the house. 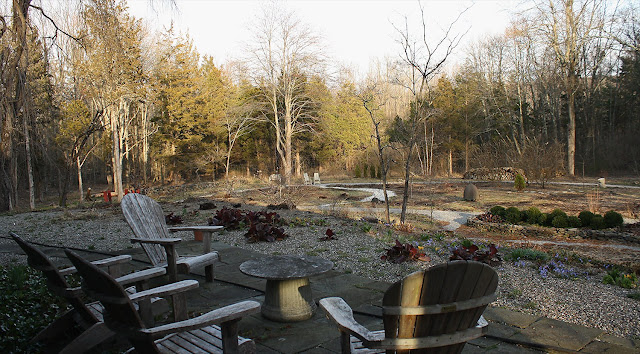 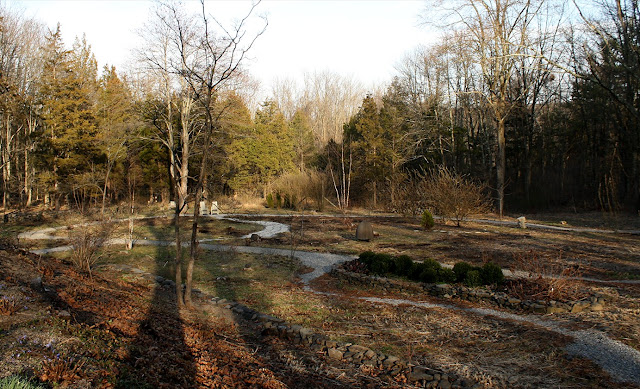 What structure the garden has is visible now. By midsummer, it will be mostly invisible. So I will enjoy it for the next few weeks as the perennial vegetation emerges. It's best on these late afternoons when the sun is low and the trees cast long shadows across the flatness, providing a subtle interplay with the dancing movement of the paths. 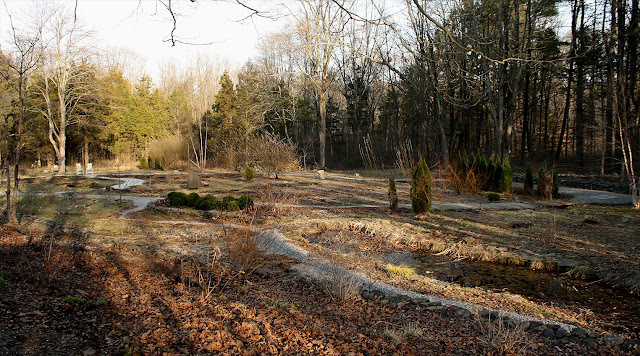 Clearer definition of the long pond would help bring the scene to life. Cleaning it it out would be a good start. I wonder if I can summon the energy to put on waders and stumble around the rocky bottom tomorrow. It's not a pleasant task -- cutting the dead plants below water level, then heaving the heavy wet mass out onto the water's edge. A direct participation in the experience of water, so to speak. Certainly the least enjoyable part of caring for this garden. 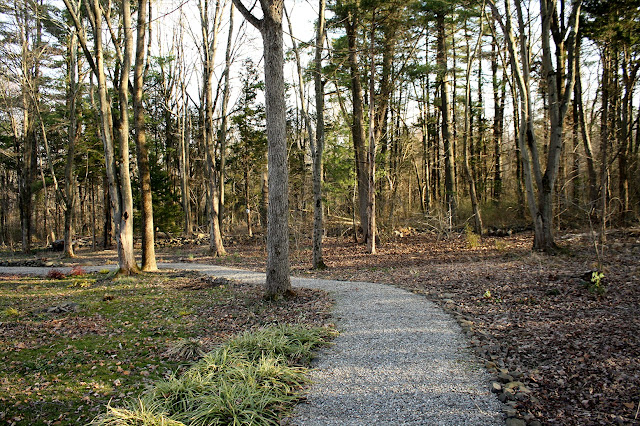 The path starts here, just inside the gate by the house, then winds down to a long stone wall, where the other paths branch off into the main garden field. 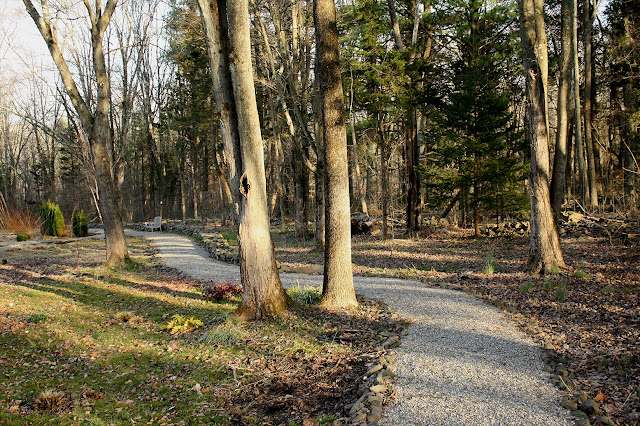 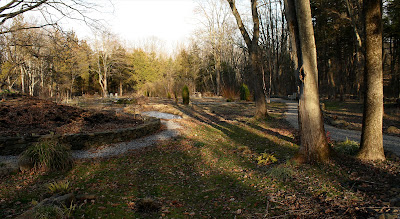 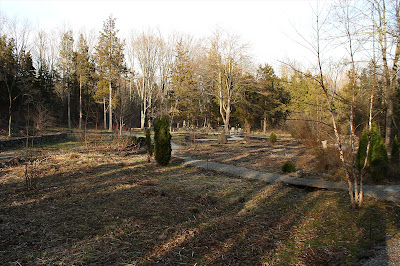 On the far side looking back into the setting sun, three Japanese Fan Tail willows, Salix sachalinensis 'Sekka', catch the light. I give these a heavy annual pruning to keep them looking like small trees. 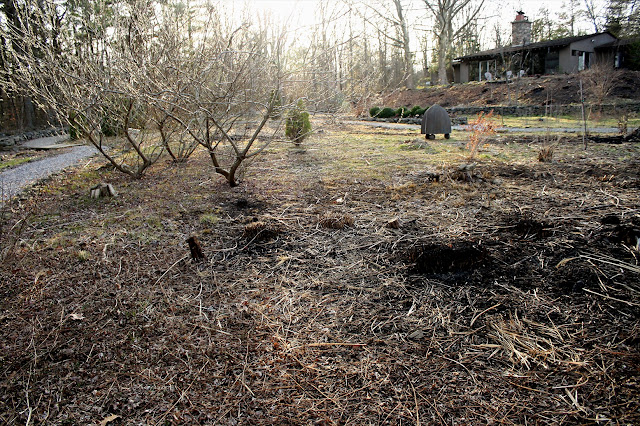 This is their moment for only now do they show their vase-like form. Later in the season, they become background to the perennials.

It's hard to remember the curved area paved in concrete squares will become a secret bower in July when it will almost be hidden by the large perennial plantings. 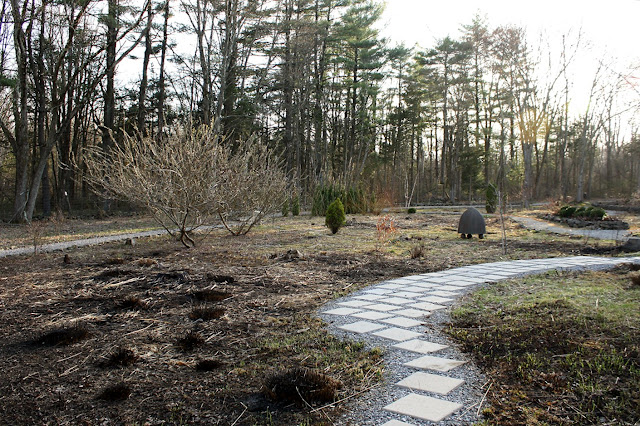 If I had planned it at this time of year rather than when the garden was fully grown, I probably would have paid more attention to shaping the paths, especially the paved area on the right. It wasn't intended as a curve reflecting the opposite curve, only as an internal sitting area. 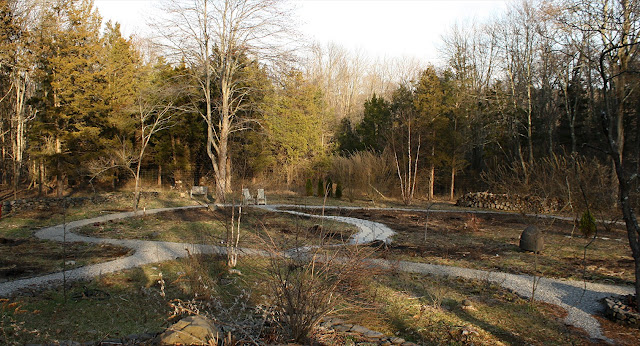 Such imperfections may be part of the nature of this garden. A misstep (never could dance!). Something to think about.