Sunrise on new snow: watching from inside

Another four or five inches of light snow fell last night. Being born in the south where snow might be seen once in five years, I still delight in it, even after several storms in a row. But I haven't wanted to walk through this. Instead, I watch from inside the house. 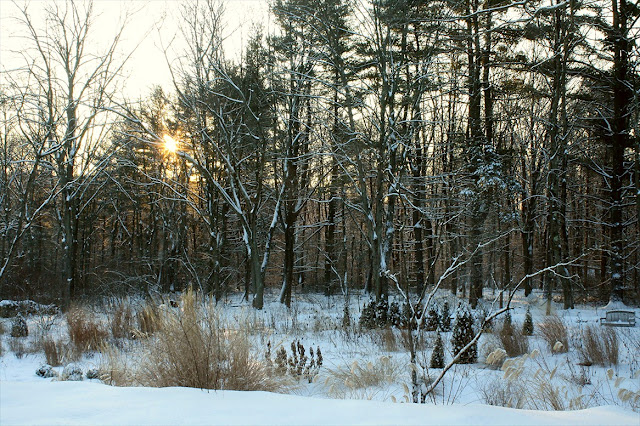 The garden is almost gone, buried under layers of ice. The surrounding forest trees are much more prominent now and will have to carry the bulk of interest until spring. Even the structural elements--the gravel paths, stone walls, the pond--are invisible until the spring thaw. 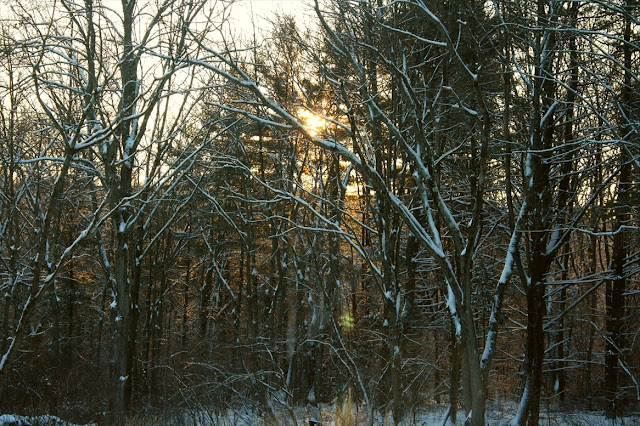 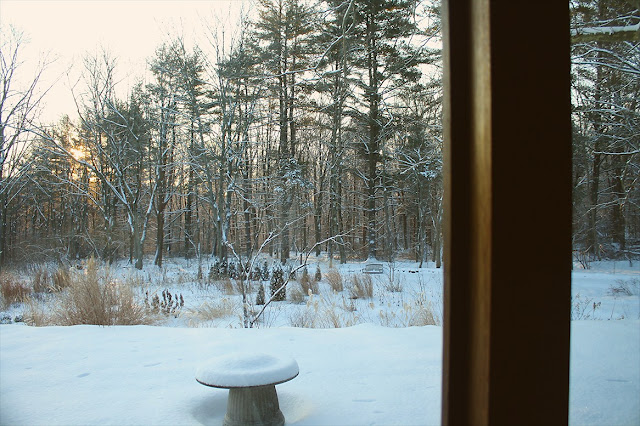 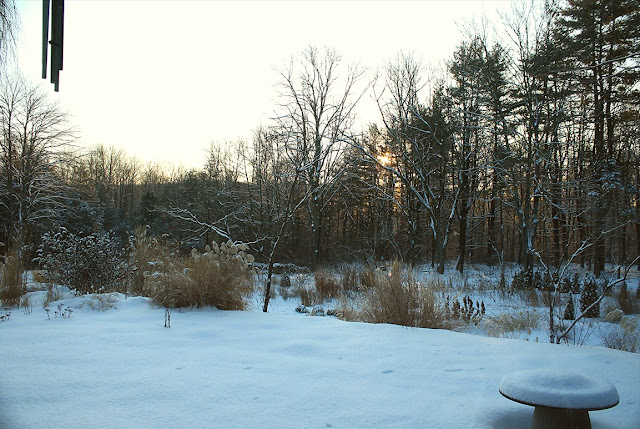 The dark, leaden scaffolding of Baptisia australis (below) is still holding its own well against ice and snow, but the grasses are getting ragged and are ready for burning. The disappearance of most of the vegetable garden points up need for more structure at this time of year. The hornbeam hedge I started last year will make a strong winter statement, once it attains its "hedgeness." 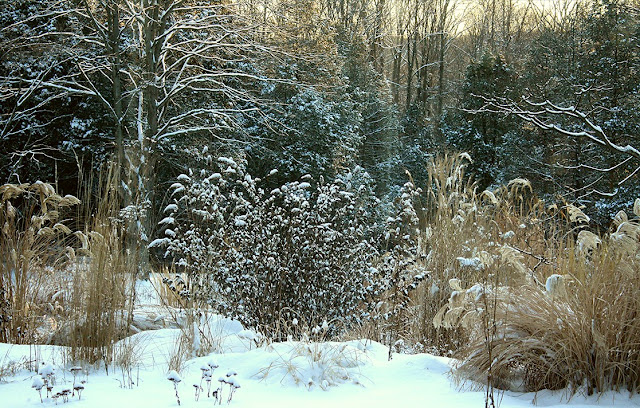 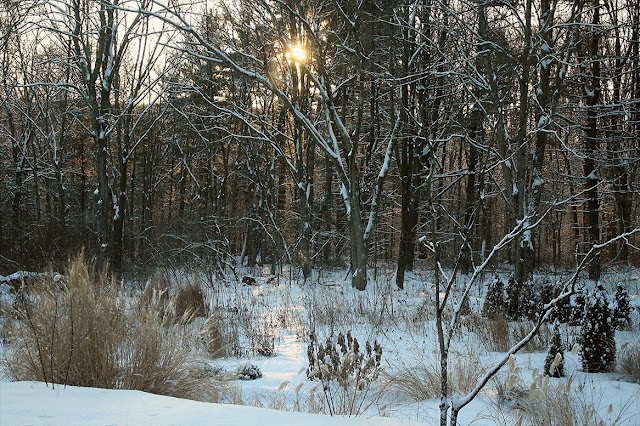 And some other structural elements (columns, mounds, geometric shapes--of pruned shrubs, wood, stone, perhaps) may give just enough entertainment to the eye--strong, simple shapes contrasting with the busy, almost chaotic lines of the forest trees--without interrupting the view into the woods. 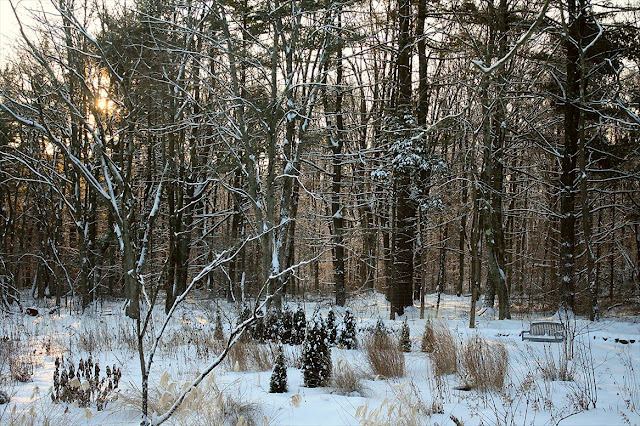 But on a day like today, the ethereal tracery of the trees, the washes of early morning sun light, the glimpse of the hill on the opposite side of the valley, just visible through the forest, are enough.
Posted by James Golden at 11:41 PM